With the greatest number of important historic buildings in the whole of London and around 11,000 Listed Buildings and 56 Conservation Areas, Planning & Conservation Officers in the Borough of Westminster have their work cut out for them.

Conservation Areas are defined by the Civil Amenities act 1967 – 50 years old this year – as ‘areas of special architectural or historic interest the character or appearance of which it is desirable to preserve or enhance’.  Conservation Areas often contain Listed Buildings, but most of the properties are not listed and it is the character of the area rather than the individual buildings that the legislation seeks to enhance or preserve.

Conserving the character and appearance of Listed Buildings or buildings within Conservation Areas is challenging as homeowners try to upgrade interiors and exteriors to modern specifications and developers add new infrastructure to meet the spiralling housing demands of the capital.  The loss of original windows and doors has a huge impact on the overall character of a property or area and the historic narrative of a neighbourhood.

Many Conservation Officers insist on steel windows where other materials would be inappropriate.  Steel windows are essential to preserve the appearance of classic 1930s Art Deco architecture, but the elegant, slim sight lines possible with steel mean that they are a popular choice for many homeowners and interior designers.  Steel windows also mean added security, high thermal performance and minimal upkeep going forward, all of which contribute to their attractiveness when it comes to refurbishing Listed Buildings and Conservation Areas.

Clement have been privileged to work on a number of projects within Westminster Borough where replacement metal windows have been required. 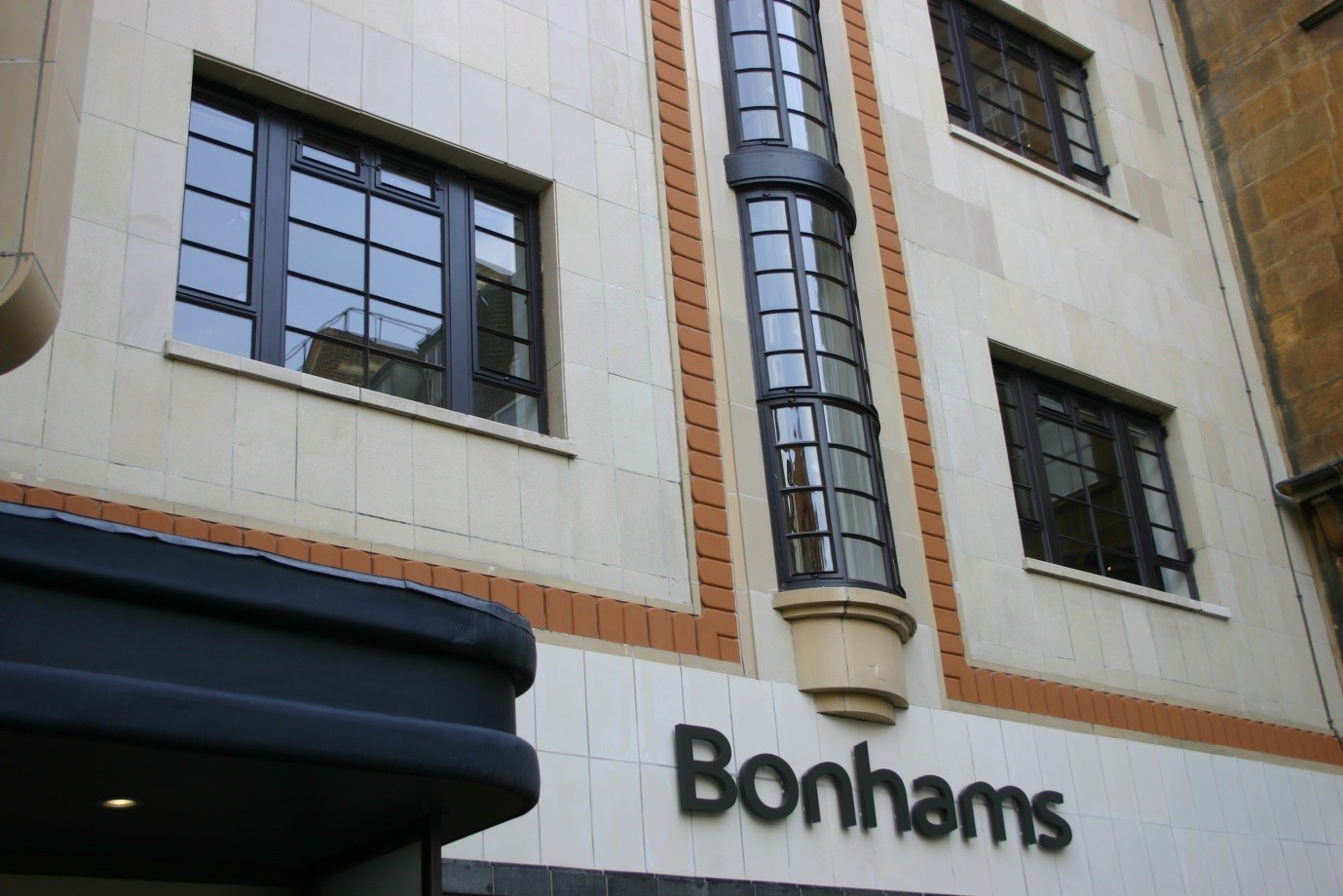 One example is Bonhams Auction House on New Bond Street.  Art Deco in style, the building is both listed and within a Conservation Area and a popular destination for thousands of arts and antiques buyers from across the globe.  The building was recently the subject of a sensitive restoration project and Clement W20 steel windows were chosen to match the design of the existing windows on the front elevation facing Woodstock Street and Blenheim Street.

A feature of this façade is the set of fifteen curved windows for which Clement made templates to ensure an exact replication.  All the new steel windows were fitted with toughened, laminated glass and silicone fronted using dark bronze silicone to replicate the early putty fronting. 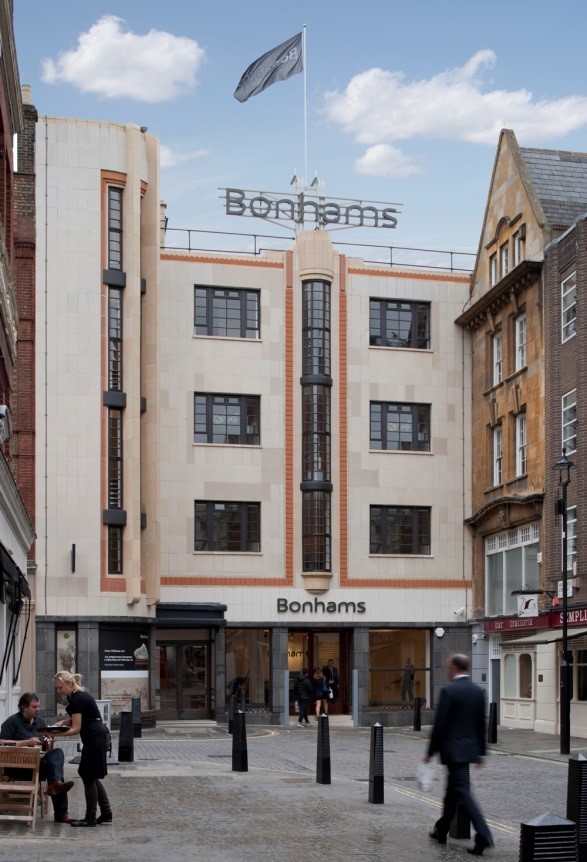 Clement EB24 and W20 metal windows were installed at the Victoria’s Secret flagship European boutique, which is also located in New Bond Street.  Our windows take pride of place as the shopfronts for this international lingerie brand.

Clement worked closely with architects Chapman Workhouse to prepare proposals for a number of feature steel windows and doors.  The New Bond Street, Brook Street and Lancashire Court elevations all required the original windows to be replaced with new W20 steel windows, exactly replicating the originals.  However, Clement also installed a huge steel screen made from EB24 for an internal staircase, which is a major design feature within the store, as well as one for a new elevation overlooking the feature courtyard at the back of the property.

Old Marylebone Town Hall is a fine example of early 20th century municipal architecture.  Designed by British architect Sir Edwin Cooper and also known as Westminster Registry Office, the building is one of the most popular venues for weddings and civil ceremonies in London, hosting the nuptials of well-known stars such as Sir Paul McCartney, Liam Gallagher and Antonio Banderas.

The building is currently undergoing development to become part of the London Business School which is expanding its teaching facilities.  The Grade II Listed Building is being restored to its former glory, a refurbishment programme that includes the installation of Clement EB24 steel windows with genuine T bars – keep your eyes peeled for our case study and photos of the completed project! 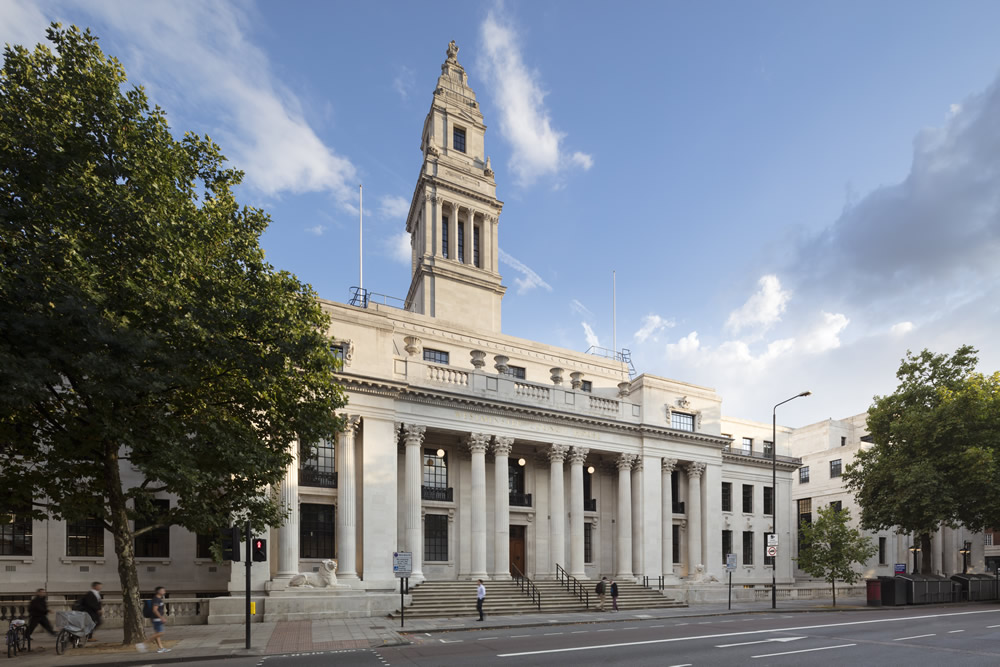