Clement at the Building Awards 2019

Clement are proud to have sponsored the Small Project of the Year (up to £50m) at this year’s Building Awards.  This is the fourth consecutive year that the company have sponsored this award. 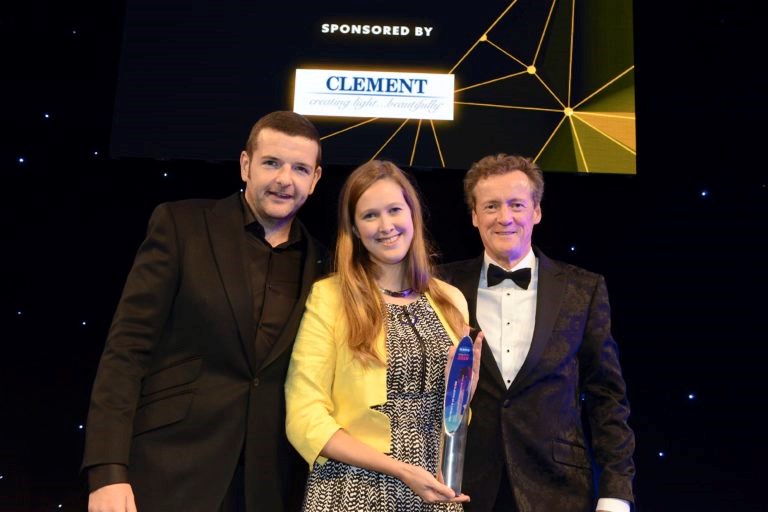 Host for the evening, Kevin Bridges, together with Clement’s Peter Clement and winners Penoyre + Prasad

Located at the heart of the Queen Elizabeth Olympic Park in East London, the Pavilion at the Bobby Moore Academy is a single-storey building incorporating male and female changing rooms for the school’s multi-use games area, space that is also used by the wider community outside school hours.  A brick garden wall wraps around the small site to form an urban edge to the exterior while opening up with a more colourful façade on the interior.